We have chosen to write our “terms and conditions” in a little untraditional but clear way the keep the overview.

It might seem overwhelming at first, what is allowed and that which isn’t. We have compiled our most helpful answers to the most common questions we have encountered. Find them right here.

We have simplified our terms and conditions to ensure that you understand and remember the legal agreements bound to the purchased services. 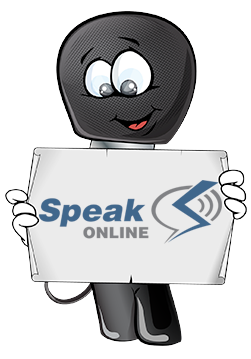 How often and for how long can I use the Voice Over / Music I purchased?

When you buy a Voice Over / Music it gives you the right to use it as often as you want.
HOWEVER…When buying a Voice Over / Music , it is not the actual ownership of the production that is bought; rather, it is the right to use the recording. For each production the full rights and ownership belong both SpeakOnline and to the actor / composer used for the service provided by our studios, unless a written contract is established between the parties involved and a transfer of ownership is bought by the client.
This entitles SpeakOnline to the following reservations:

When using Voice Over / Music as a direct commercial campaign through broadcasting (such as radio/TV/cinema), or on SoMe (Sociale Media like YouTube, FaceBook, Spotify etc.), infomercials as well as InStore productions etc. the user rights are for one full year. Each extra year is for an extra fee.

In order to use a Voice Over / Music for non-broadcast productions (such as info film, eLearning, corporate videos etc.), the user rights are given for unlimited time for internal use exclusively / and for presence of the material on the client’s own webpage (this does not include YouTube, Facebook or any other social media services).

Where can I use the Voice Over / Music?

The media – or the usage fee / usage rights you have paid for, must be comply at any time: Is your Voice over / Music purchased for broadcast at a local radio, you CANNOT  use it regionally, on Social Media or on TV, etc. similar. For any other usage that purchased, you have to pay an extra usage fee.

Pronunciation of brands and ‘difficult words’

When you place your order, you are responsible for telling us how your company name or other names/products etc. should be pronounced.

If you do not provide us with the correct pronunciation we cannot be held responsible for any wrong pronunciations – and a new recording of your message will cost 75% of the full purchase price.

When ordering your voice over, it is a good idea to let us know about the style you require for your speak, e.g. happy, serious, neutral etc.… Please enter this in the Comments field on your order.

How fast can I have the Voice Over back?

At SpeakOnline, you are in most cases guaranteed delivery of your Voice Over within 24 hours (in weekdays) from the final order. However, in-house voice over will typically be delivered even faster.

We have a delivery time of approx. 48 hours of voice over for telephone systems (IVR), unless otherwise agreed

Can I switch voice actor in the middle of a job?

If you have only ordered a demo, you can always opt out of the project, without costing anything (unless otherwise agreed).

If your project is finally ordered, you can of course always choose to change voice actor, but not without extra cost. The current voice actor has been in the studio and has spent time/energy on the session, and of course, it has to be honored. If the voice over has been through mixing and mastering, is also an extra cost. Therefore; it is important that you carefully listen to the demos from our website before selecting the voice for your project – and clearly when ordering the voice over, describe the style (if any), you want in your production.

Many voice actors are willing to provide a free and non-binding demo based on your manuscript if desired. However, it should clearly appear from your order, that you are only interested in a demo.

Variants of a spot - does not it trigger a discount?

When you have a Voice Over produced for a commercial, the spot can often have more variants. If this is the case, each variant typically costs 50% of the full spot price (excluding studio fees if it is not recorded in the same session as the main spot).

If it is a brand new spot (not just a new pay-off / intro), it usually costs the same as the full spot price again.

How to define variants:
The spot, the Voice Over is used in, must be exactly the same as in the main spot – but used in different payoffs or different intros. NOTE! You can not just “change commercials” / film and then just use the Voice Over you’ve already made before…! If you do that, it’s calculated as a whole new spot in terms of rights and payment!!

Can I cancel my order once it has started?

Yes, you can, but not at no cost. If you regret during of a project, you can in some cases, get a discount on the agreed price. The discount is agreed separately for each project.

If you are an “intermediary” (eg marketing agency or the like) – how should you deal?

As a starting point, you must pay your bill to us before the production is taken into use by the end customer unless otherwise is agreed in writing.

It is your duty to tell the end customer about the rights of the voice over, agreed upon from project to project.

Should you be so unfortunate that your business is bankrupt or for other reasons your company cannot pay the invoice, we reserve all rights to send the unpaid invoice directly to the final customer, while the rights of the recording/voice over/music etc. only belong to SpeakOnline and the voice actor / composer. This, of course, only happens to the utmost consequence after several notifications and / or bankruptcy of your business. It is your duty to make the customer aware of these terms.

When you receive the sound files you have ordered, it is your responsibility to listen to them and check them for errors within 48 hours (two business days) of receipt.

If the voice over deviate from the manuscript provided, any corrections will, of course, be at our expense. Should you, on the other hand, discover an error in your manuscript – or if you simply want to make general changes, we will charge 50-75% of the full purchase price for implementing these changes.

If we are not notified of an error within 48 hours of receipt, the order will be regarded as complete and approved. Any subsequent corrections will then be processed as a new standard order.

Do you accept all kinds for jobs?

It is because we believe that if we speak nicely to one another, encourage a positive attitude and not engage a “wrong spirit”, then we help change the world…! We may be naive thinking so, but this is our lifestyle..!

Every customer is responsible for observing and respecting the duty of disclosure to any registered persons in the material, which is to be used for the SpeakOnline solution and following storage at SpeakOnline.

Couldn’t you find the answer you were looking for?

CONTACT us and let us help you find the answer...

Here are some of our services

We want to help YOU!! 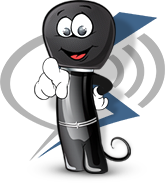